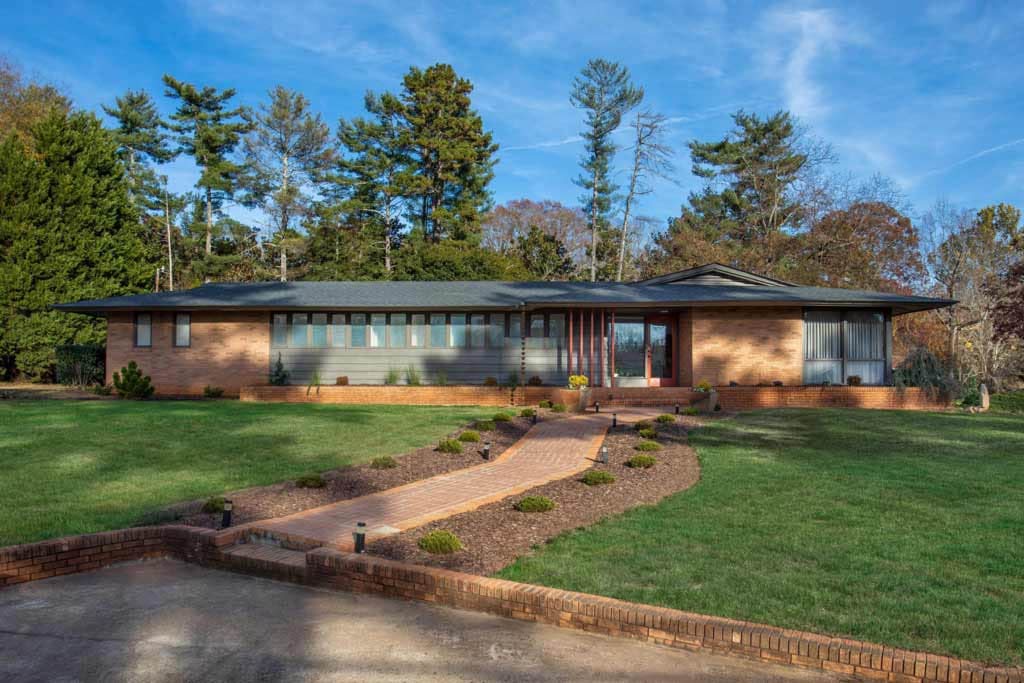 There are many interpretations of Mid-Century Modern – just search on Google and you will see. However many of these are commonly accepted traits.

A. Interior Living Environment: Large open and expansive living spaces.
B. Natural Light: Walls of floor to ceiling windows to bring in natural outside light (so you don’t need to turn on interior lighting during the day). This home style also incorporates sliding glass doors and many access points to outdoor areas.
C. Roof Lines / Design: Long building and roof lines in nature (why you see many American Ranch style homes are converted into MCM’s). Straight lines and right angles are critical components of this style. Homes of this style often have low, flat roofs.
D. Exterior Living area: Large exterior living spaces (patios or decks) to enjoy nature.
E. Connected with Nature: On a nature lot with trees, expansive views or in general a peaceful setting.

Dr. Carrol & Lucille Leeds – Their vision of a 1961 Mid-Century Modern

“The Leeds House”, so named for Dr. Carroll & Lucille Leeds, was built in 1961. Dr. Leeds was head of the psychology department at nearby Furman University. Architecture is attributed to Henry Harold Tarleton of Tarleton Tankersley Architecture Group of Greenville.

Brazilian mahogany covers the vaulted ceiling in the living and dining areas. Mahogany paneling is behind most of the sheetrock in all rooms.

“A previous owner installed the sheetrock over the Mahogany; we took it down only in one corner of the living room and have no plans to remove more as it will make the house pretty dark inside.”

As you can imagine, the style of many MCM’s needed to adjust not completely but somewhat to “modern” times. We spend more time in our homes maybe than yesterday? We want (or I know I do) to enjoy life in a little brighter way. Complete dark walls are considered now more of an accent as you can see represented above. However, regardless of it being dark, the ceiling looks amazing!

The built-in between the living and dining areas is original and made of mahogany plywood.

All windows are original except for the sliding doors facing the rear patio.

We love the corner windows in the living and dining areas, the deep eaves all around the house, and the vertical accent detail by the front door.

A long hallway is another trait and feature to many MCM homes. In our house you can see from our master bedroom clear into the kitchen. It actually gets kinda fuzzy to look that far inside. Another odd thing you just don’t think about. You can see someone at the other end of the house but you literally can’t hear them.

This is very similar to our home… It is a very long walk to the other side of the house. One of the primary features of this style of home.

What an amazing home and a true representation of Mid-Century Modern architecture and design. Kudos to the current owners who are working to maintain the original look and preservation. Many of these homes have lost the original character but you can see they are doing a great job and maintaining this home.

We hope this brief house tour brought a smile to your face. If you have a property for sale, OR if you want us to showcase your house, drop us a line. We will review and post it up for discussion!

Thanks for stopping by!